Protected does not mean static ! 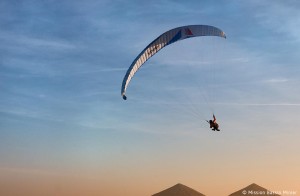 How do you go about safeguarding Mining Basin heritage while facilitating territorial development? This is a key question regarding current efforts to sustain the World Heritage label and the answer has already been found: the usage and point of various sites within the Scope must be sufficient for their preservation to seem obvious. And thus make it possible for future generations to enjoy a heritage that has not only been preserved but is also a source of riches.

To continue to be part of World Heritage, sites must retains their outstanding universal value. The Mining Basin has been listed as « living, evolving cultural landscape »: it is not to be placed under a bell jar. All the same, its integrity and authenticity must not be jeopardised by careless urban planning. Elements listed within the scope cannot be torn down. Likewise, the architecture or size of any new construction must fit easily into the landscape, to avoid it being struck off the List, as was the case for Dresden in 2009. Even before 2012, 69 mining features were protected as French Historic Monuments, in order to gear up for the candidature.

This was the case for the Sarteau steam-powered pump as well as several sites leveraging the inscription to gain a new lease of life. €1 million were allocated to renovate Sentinelle church, listed as a French Historic Monument, during the 2009 preservation campaign. Nearly €670,000 were allocated to refurbish the Arenberg community hall.

In 2015, the « Chaîne des terrils » preservation campaign within the framework of the French Act of 1930 worked to safeguard the neo-natural landscape heritage of 78 waste tips.

However, such restrictive regulatory preservation does not apply to the entire scope listed. This is why a contract governing the preservation of the sites and buffer zone was signed between the organisation in charge of managing the inscription and the site owners, lessors, départements, towns, dioceses and inter-municipality organisations. Led by the French government – which guarantees the label and acts as UNESCO’s single contact – all these entities are committed to preserving the integrity of the listed sites. 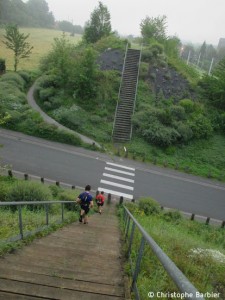 Heritage with a new purpose 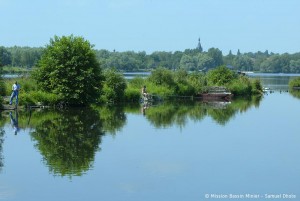 Being listed as World Heritage thus imposes the preservation of the mining heritage recognised as universal and outstanding. Without necessarily freezing it. With the exception of the headgear structures, totems for which it is difficult to find a new usage, the industrial heritage of the Mining Basin is not destined to become a sanctuary. On the contrary, it is to reinvent itself. As former coal production sites, the major collieries are all undergoing post-industrial reconversion. The miners’ housing developments are being renovated, boosting their appeal. Mining landscape elements have been preserved and repurposed : former railway lines have been converted into greenways or ecological corridors, waste tips have been turned into sports parks or shelters for the flora and fauna, lakes into leisure parks. So, being listed as World Heritage does not hinder progress. On the contrary, it is the crowning achievement of planning for the territory embarked on in the early Noughties. With extra requirements with respect to quality.

> Governance to manage the label